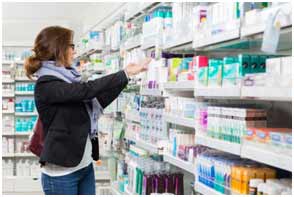 What are over-the-counter drugs?

Over-the-counter (OTC) drugs are sold in pharmacies and other stores without a doctor’s prescription. There are dozens of OTC drugs on the market for common cold symptoms, such as a runny nose, congestion, sore throat, headache, or cough. But just because they are easy to get doesn’t mean that they always work, or that they are safe. The best treatment for a cold is still plenty of rest and liquids.

Do not give cough and cold medications to babies and children under 6 years old without first talking to your doctor. The only exceptions are drugs used to treat fever (such as ibuprofen and acetaminophen).

Offer plenty of fluids and encourage your child to rest. Colds are caused by viruses that cannot be cured with drugs. They simply need to run their course, so there is little your doctor can offer. However, more serious problems can start out as a cold. Contact your doctor if your child shows any of the following signs:

Should I use OTC medications when my child has a cold?

When your child is sick, you want them to feel better. Many parents turn to over-the-counter cough and cold medicines for help. Except for pain and fever drugs, there is no proof that they work. In fact, some of the side effects can make your child feel even worse.There is also a risk of giving your child too much medicine, such as acetaminophen on top of a cough syrup that already contains acetaminophen. Never use more than one product at the same time unless advised by your doctor.

Coughing is stressful when it keeps your child awake at night. But coughing can be helpful. It can be a sign that the body is getting rid of mucus that irritates the airway. Syrups that stop this normal response of the body can be harmful to children.

Many OTC cough and cold products contain drugs that claim to ease coughing. Usually they include dextromethorphan (also called DM) and/or diphenhydramine. Codeine is another drug that is used to calm coughing in children. Some OTC drugs contain codeine, but in most cases, you need a prescription.

Oral decongestants (pills or syrups taken by the mouth) are drugs from the same family as adrenaline (a hormone that acts on blood vessels). They are given to reduce swelling and stuffiness in the nose due to colds. Decongestants can offer some relief, but they won’t cure the problem and can cause a fast heartbeat, restlessness, or insomnia (not able to sleep) in children.

Antihistamines are usually used to dry up a runny nose or reduce sneezing caused by allergies. They can also ease itching from things like hives, chickenpox or insect bites. Antihistamines won’t help someone with a cold. They can actually present side effects, such as drowsiness, if used for the treatment of a cold.

Ibuprofen should only be given if your child is drinking reasonably well. Do not give ibuprofen to babies under 6 months without first talking to your doctor. Do not use ibuprofen or acetaminophen with any other pain reliever or fever reducer, unless your doctor advises. Remember that some cold medicines include these products with other drugs.

Be sure to read labels carefully to see what the products contain so that you don’t give your child a double dose of the same drug. Different medications have different amounts of acetaminophen, for example. These drugs are generally safe and they do help ease pain and fever. But taking too much of any drug or using it for a long period of time can be harmful.

Medication is not always needed to reduce a child’s temperature. Talk to your doctor if your baby (under 6 months) has a fever.

“Natural” doesn’t always mean safe. Some substances can be harmful if you take too much of them, while others can cause side effects or allergic reactions.

Even if a product is safe for adults, it may not be safe for children. Children are still growing and developing, and their bodies may respond differently to a product or medicine than adults’ bodies.